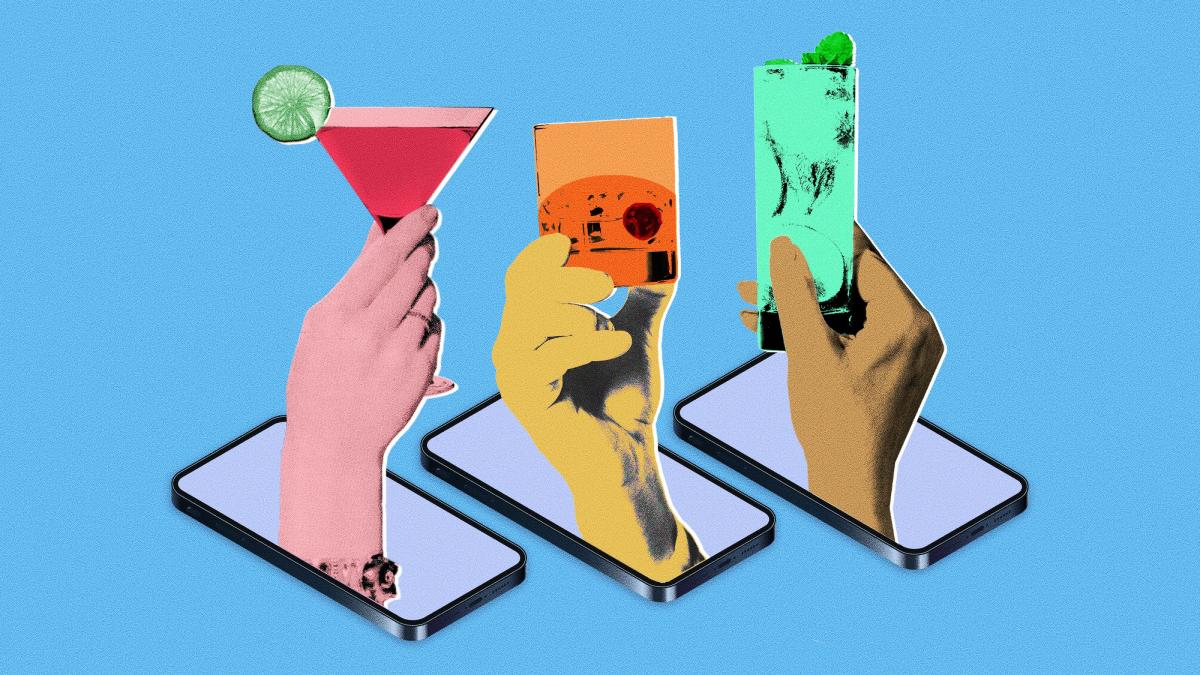 This app taught me everything I know about cocktails

For a long time, I felt the same about making cocktails as learning to code. And that is to say: not for me. It’s not that I didn’t think both were solid life choices – one will make you popular and the other will make you rich – it’s just that I honestly couldn’t tell you what is Chartreuse, no more than JavaScript. (Some sort of ancient parchment?) I’m almost 31, have no basic knowledge of cocktails and it seemed too late to start learning now. You just can’t expect this haggard old sponge to absorb everything.

Last year, that all changed. my boyfriend, who love a craft cocktail, and I’ve been on a road trip for most of 2021. Our “thing” was to go for a drink at the local watering hole we were closest to. I stared at the menu as he focused confidently on his perfect order – usually something with lemon and brandy, whatever. I struggled against my misordered cocktail as if it were a poisoned chalice, a spectator to my boyfriend’s blissful sip. Until one night I thought – as someone who had recently learned to snowboard, regularly surfed big waves and once stood on the tips of a fish deadly and lived to tell the tale– the only thing that kept me from consuming alcohol was my own insecurity.

Shortly after our trip, I found my cocktail teacher in the form of an app: imbibed, which was designed for bartenders, restaurants, and drink lovers, but features a very simple and beginner-friendly user interface and 450 recipes for cocktails and ingredients like syrup. Like the digital version of your mom’s old recipe folder, the “library” offers an alphabetical list of cocktails. When you click on it, the page displays ingredients and quantities, along with a series of cute illustrations that quickly suggest whether your drink should be shaken or stirred, served over ice or neat, in a martini glass or highball, and a few garnish options. A small info section also outlines the history of each drink, and a batch calculator helps you boost recipes for a crowd. Had to go for some cocktail lingo (double strain?), but Imbiblia definitely teaches a man to fish.

After crossing And just like that…– which a colleague aptly said she “lovingly hated” – I binged everything sex and the city. Hence the inspiration for my first experience: cosmopolitans. Once I mastered the Imbiblia recipe, I tried swapping the vodka (a spirit I’m going to quit in college) for a floral gin, and the cranberry for pomegranate juice (much better! ). I learned that I like the citrus fruit Cointreau, despite fainting on the dance floor after doing four hits in a row at school and never having touched it since. So I tried a White Lady next: two parts gin to equal parts lemon juice and Cointreau, shaken with ice, strained twice and served neat in a cut. Super easy to make but chic enough to feel accomplished. When I wasn’t sure how I felt next, I chose the cocktails with cute names: Swizz! Sparkle! And the Bicicletta, a spritz which is also the Italian word for bicycle. Sip by sip, I learned.

Imbiblia’s Canadian developer, Jean-Marc Dykes, designed the app during his own existential crisis: after more than a decade working behind bar counters, he was laid off in March 2020. So he moved into an inflated van. , borrowed friends wifi and decided to learn to code while working on the project he had always dreamed of.

“I had the idea for this years before the pandemic,” Dykes tells me over the phone. “I was behind the bar and I was dealing with this sticky problem [cocktail recipe] binder – peeling two pages apart just to check one tiny ingredient – and I remember thinking there had to be a better way than this monstrosity. After building the application for nine months, he launched the first version of Imbiblia on the iOS app store last August, then the Google Play Store in September. (In both places, it costs $2.99 ​​to download.) It’s been rated the number one dining app by Apple a few times since its launch and has been downloaded over a thousand times by cocktail-lovers alike. all types.

After a long day of snowboarding recently my boyfriend and I went out for the afternoon. I confidently ordered a sour, made with local honey rye whiskey, apricot puree and maple syrup. As we sat by the fire reminiscing about our groceries, I remembered why I wanted to learn about cocktails in the first place – not to flex my knowledge or make sure I stayed employed at this food magazine, but to enjoy the happiness shared with the people I love. Those sunset-hued Cosmos? Adorable! The fruity-sweet White Lady? So funny. The syrupy sour? A bright spot on a cold day. In an age of near-constant FOMO, nailing your cocktail order in good company is a little treat.

Originally appeared on Enjoy your meal

Need cocktails that are easy to prepare at home? Take a look at this app