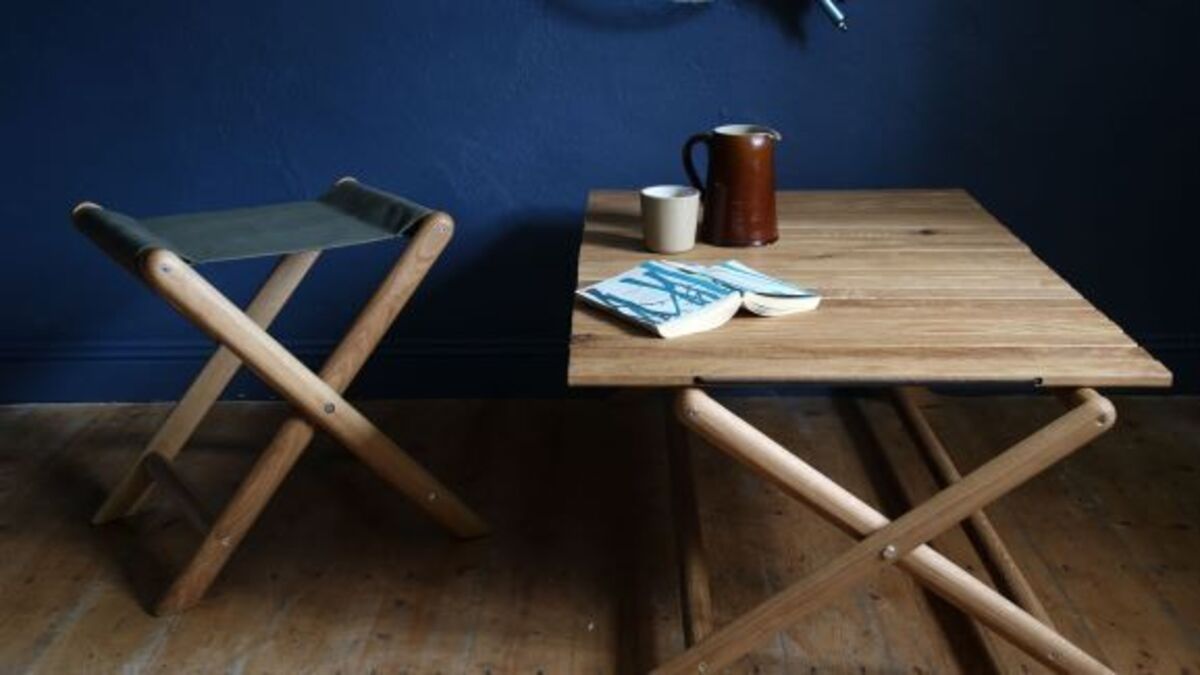 Last year it all took off for Superfolk, a rising Irish interior brand that also enjoys an international reputation.

For its directors, GearÃ³id Muldowney and Jo Anne Butler, 2016 already promises to be equally busy as they work to meet demand for their products, and at the same time await the imminent arrival of their most recent collaborative project. – their first baby.

Based in Co Mayo where they design and manufacture a range that includes tables, stools, prints, tea towels and trivets, this site on the western outskirts of Ireland is a major player in how the range is imagined and developed.

“Nature and the environment inform the rooms,” GearÃ³id explains, “but not in a stylized way.”

But neither are they crude to reflect such a rugged landscape – rather, they are an amalgamation of material heritage and modern methods where GearÃ³id and Jo Anne work slowly and purposefully to create beautiful, honest objects that have quality and quality. refinement, yet durability to withstand the rigors of everyday household life.

Handicraft by nature is a slow process, born out of respect for materials and centuries-old know-how. Much like its parallel in food, the Slow Food movement, we are developing a better understanding of how the quality that comes from a slow process is to be valued and appreciated, if not coveted.

For GearÃ³id and Jo Anne, it started when they met at design college. Both are graduates of the National College of Art and Design where Jo Anne studied fine arts and later architecture at University College Dublin.

â€œMy background is in metal, so I should really do jewelry,â€ GearÃ³id quipped. Such modesty contradicts the fact that he holds a degree in Handcrafted Design from NCAD and Lahti University of Applied Sciences in Finland. But it was the time spent as a workshop assistant for other designers that ultimately led him to work with Jo Anne.

Their first professional collaboration dates back to 2008, when they were asked to design a range of stools and tables for an art exhibition. A year later, an invitation to Greenhouse, the Stockholm Furniture Fair’s exhibition for emerging designers, gave them international exposure.

Since then, they have appeared at some of the biggest design fairs in the world, including the London Design Festival, Maison et Objet in Paris, Tokyo Design Week, and Design March in Reykjavik. Meanwhile, their contract furniture traveled to Hamburg and London, the latter of which included chairs for the cafe at Somerset House, home to the prestigious Courtauld Gallery.

Now, Superfolk sells in places like the Bauhaus Museum in Berlin, France and Japan with an ever-growing reach that requires huge numbers of trips for GearÃ³id. In turn, you would think this required being based in a big city near an international airport, but instead he and Jo Anne turned away from city life, packed the wagons, and drove off. headed west, to return to Mayo where they both grew up and where Superfolk now designs and manufactures products for sale here in Ireland and around the world.

With only two of them designing and manufacturing on the shop floor, no additional staff and a growing business, how do they keep pace? â€œWe have outsourcing,â€ GearÃ³id explains. â€œOur tea towel and print fabrics are already hemmed, but we do everything else ourselves. “

To look at the pattern of a wall hanging is to see the edible algae they have foraged. An ash trivet to hold a hot pot echoes the shape of a wild daisy or maybe a sea urchin, depending on where your imagination takes you. A tea towel motif on Irish linen is inspired by dry stone walls and even a hobby like fishing informs work.

â€œI fly fishing,â€ GearÃ³id explains. â€œIn the trout environment, everything is influenced by the pH balance of the bedrock that affects the fish that live there.

His commentary is a bit off topic, but it is a keen and detailed observation of nature which in turn impacts Superfolk products, making them stand out, thus bridging the gap between the old and the new. – the landscape has formed over the millennia and the new design and make methodologies that ensure that they travel well and are easily understood abroad.

51 things to do with cardboard boxes • Create a green world