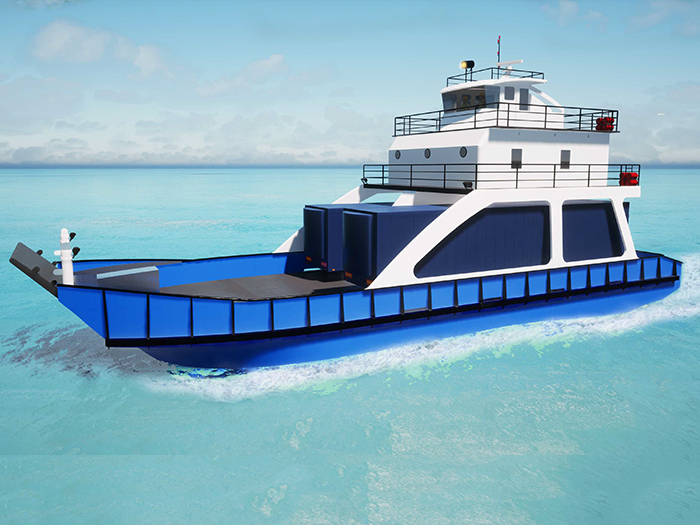 Among the first ships in the United States to be powered by Cox Powertrain’s new 300 hp diesel outboards, it will likely be a new series of landing craft 87 feet long by 30 feet beam currently. under development by St. Johns Ship Building, Palatka, Florida.

â€œWhen diesel outboards entered the market as commercially viable, we saw an opportunity to use them to create a simplistic vessel that meets customer needs at a more economical cost than traditional landing craft,â€ said said Steven Ganoe, President / CEO of Shipbuilders,

The new landing craft will be powered by four of the Cox engines, with a combined total power of 1,200 hp. Maneuverability will be enhanced by a 35 HP bow thruster. The vessel’s electrical needs will be met by two 39 kW Northern Lights generator sets.

With a service speed of 10 knots, the landing craft will have a free working deck area of â€‹â€‹2,150 square feet and a maximum deck load of 400 pounds per square foot. Capable of carrying a maximum cargo of 200,000 pounds on deck, it will be fitted with a hydraulic bow ramp of 14 feet by 13 feet.